Göttingen is a cosmopolitan and very liveable city in the heart of Germany, and it has a great deal to offer as a place to study and live. It is ideal for learning German because its inhabitants speak a very pure, dialect-free form of the language.

Our city offers a wide range of cultural events and pubs and is surrounded by an attractive landscape of lakes and forests. Göttingen’s 30,000 students make it a very young, dynamic city, but at the same time it only has a population of 130,000, so it is not too big and very safe.

The university plays a major role in the life of the city. In 2018 the British magazine Times Higher Education (THE) ranked the Georg-August-Universität Göttingen as Germany’s second-best university in its Europe Teaching Rankings. The many international students and researchers contribute to the city’s cosmopolitan flavour. 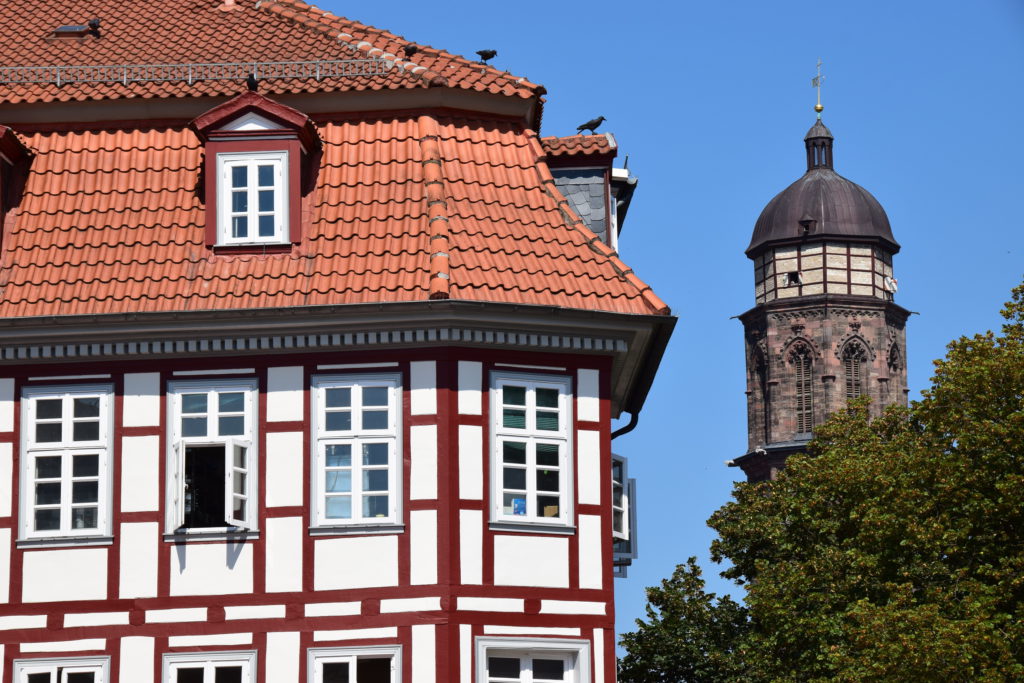 Its central location in the heart of Germany makes Göttingen the perfect starting point for trips to major cities such as Hamburg, Berlin, Frankfurt and Cologne.

Frankfurt and Hannover airports are particularly easy to reach from Göttingen.